1． There have been two opposing views about_______.  One view state that _____. Another view, in contrast to the first one, believes that ____. It is a matter of choice, to choose the first issue or the second one.

There have been two opposing view points about using         . One view state that using           . Another view, in contrast to the first one, believes that    have many disadvantages and therefore they should not be used at all. It is a matter of choice, to choose the first issue or the second one.

. (For my part, I think both   and   are indispensable to our society.)

In conclusion, it is necessary to use          and do something about their disadvantages. I do believe that, as time passes,        reach a point to overcome their deficiencies and serve those problems mentioned aboved.

All in all, from what we has been discussed above, we may safely draw the conclusion that both   and      are necessary to      .

Another issue proclaims that        causes loss

There is much discussion nowadays as to whether or not the

. Various contributing factors can be identified. In the following, I would like to present my point of view.

With such efforts made and persisted in , I am confident that it will not be long before     （前景）  .

One of the most challenging problems of today's society is the question of         . It is not only a financial problem but also a question of the system  we want for our society. I would like to discuss four possible problems.

In modern society, especially in big cities, undoubtedly      has become a very important feature of ordinary people's daily life. It seems that           问题现象    .

As one of the greatest inventions of the last century,      is playing a more and more important role in modern life. However, some people are starting to worry about its negative effects on

(I think this is a good idea, and there are quite a few advantages in it).

To sum up. in fact, I must admit that I have no definite solution for this problem. Each of the models I have presented has both advantages and disadvantages. Therefore, it is reasonable to assume that           . （或certainly we have to think about this topic much more in the future.）

In conclusion, I think that something should be done as soon as possible to protect               from the negative effects of    . If the situation is left to continue as it is, many new problems for individuals and families, uneven for society as a whole, will arise in the future.

In the second place ,

Last but not least,

In the second place ,

Last but not least,

3.     One of the most fickle things in modern society is fashion.

should be         . Personally, I entirely agree with this point of view, for the following reasons:

Last but not the least,

On the other hand,

3. My first reason is that

My second reason is that

现象问题   ．This raise serious doubts about the value of the progress of     science and technology . Here I will discuss the pros and cons of this question.

There is a good side and bad side to every thing         and that includes  internet. As the latest product of the  "technological revolution", the  internet has ushered in a new era of global  information . Nevertheless, along with conveniences, it has brought mankind new problems to solve.

Studies overseas has clear advantages, but it is not without its problems.

We can conclude that the progress of          has both positive and negative effects. What we must do is to make sure that the positive ones are encouraged and the negative ones are eliminated as far as possible. Among other things, this means that 就现象给出建议

But, all in all, I would say that the pros outweigh the cons. As the world economy becomes more and more closely integrated,         .The  internet , if properly managed, holds the key to success in the 21st century.

3.    However, in general, I consider the advantages, of        much greater than any of the disadvantages described above.

1.   To begin with, they have made our work easier.

However, as the old saying goes, "Every coins has two sides."

第六节写作必备句型  1.The progress I have made makes me surprised.  2.This makes me con...... 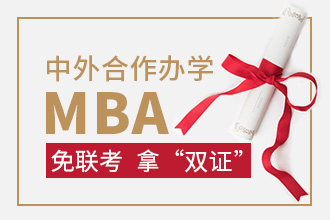 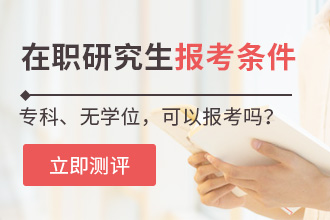